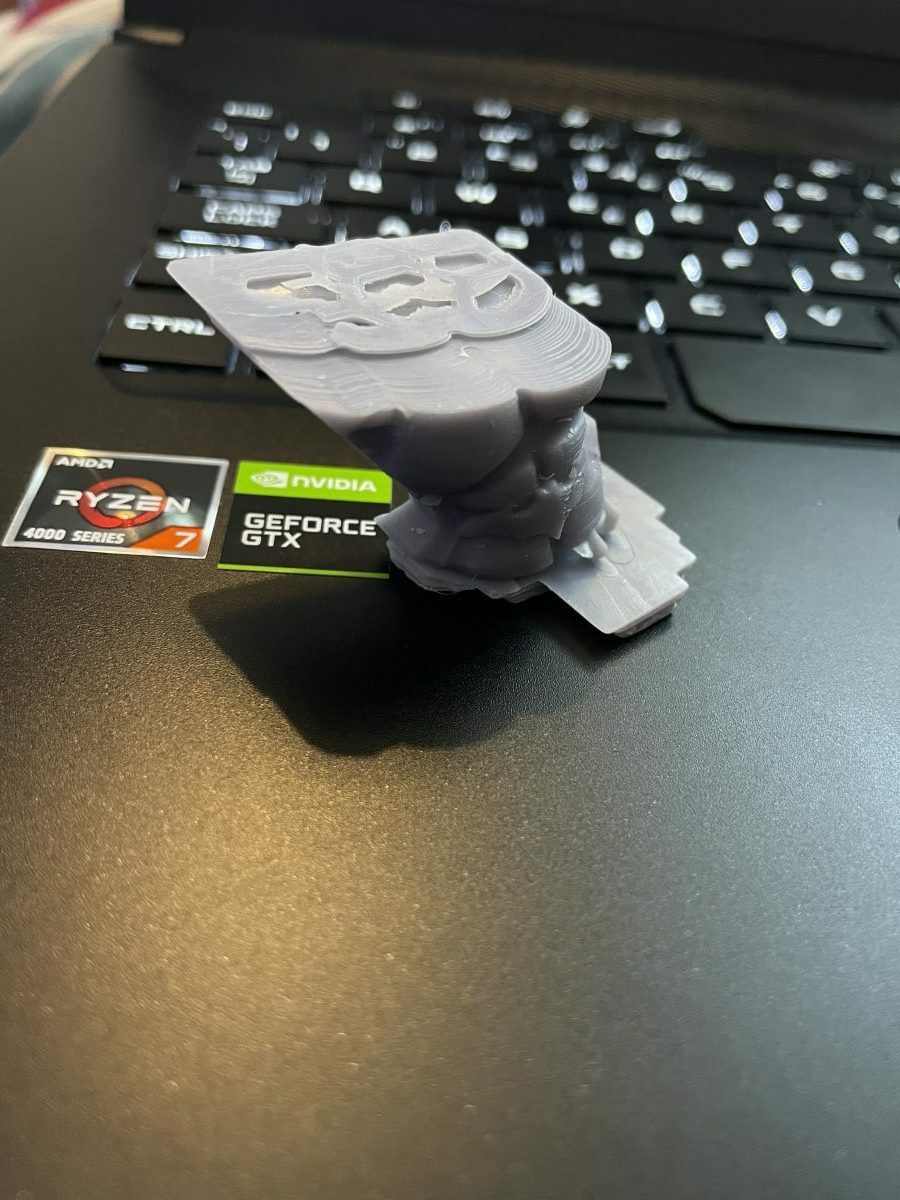 There have been many instances where I find my resin 3D prints fail halfway through the printing process which can be quite frustrating.

This article will try to guide you along the way to fixing resin 3D prints that fail halfway, so stay tuned to find out more.

There are many reasons that can cause the resin 3D prints to fail halfway. It can be caused because of the wrong exposure time, unbalanced build platform, not enough support, bad adhesion, wrong part orientation, and many more.

Below are some of the most common and major reasons that cause the resin 3D prints to fail halfway. The reasons could be:

The section below will help you fix the above-mentioned problems to prevent 3D prints’ failing and getting the best results from your 3D printer.

How to Fix Resin 3D Prints That Fail Halfway

1. Make Sure Your Resin is Free of Residue 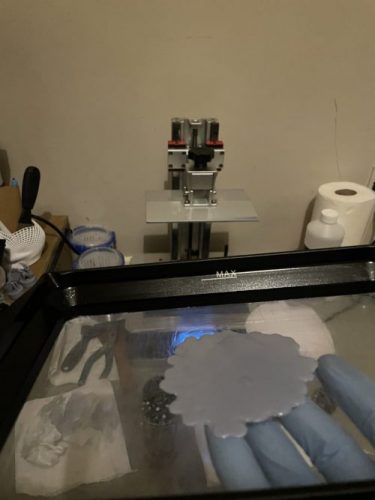 Check the resin you are going to use before every print. If your resin has cured resin residues from previous prints mixed in the bottle, the resin can cause issues in your print and may not print at all.

This is likely to happen if you have a 3D printer that uses a fairly powerful LCD screen. For example, the Photon Mono X has settings within the 3D printer where you can set the “UV Power”.

When I had my UV Power setting up to 100%, it actually cured resin outside the lights’ precision due to being so powerful. On top of this, it has a monochrome LCD screen which is known to be stronger than the average screen.

If you have added a few drops of alcohol in the resin by accident, this will contaminate the resin and can result in print failure.

My normal routine before starting a 3D print is to use my plastic scraper and move the resin all around so no cured resin is stuck to the FEP film.

This Photon Scraper on Thingiverse is a good example of a tool you can use to help clean out any residue. Printing this on a resin printer rather than a filament printer is a good idea because you get that needed flexibility and softness for a resin scraper. 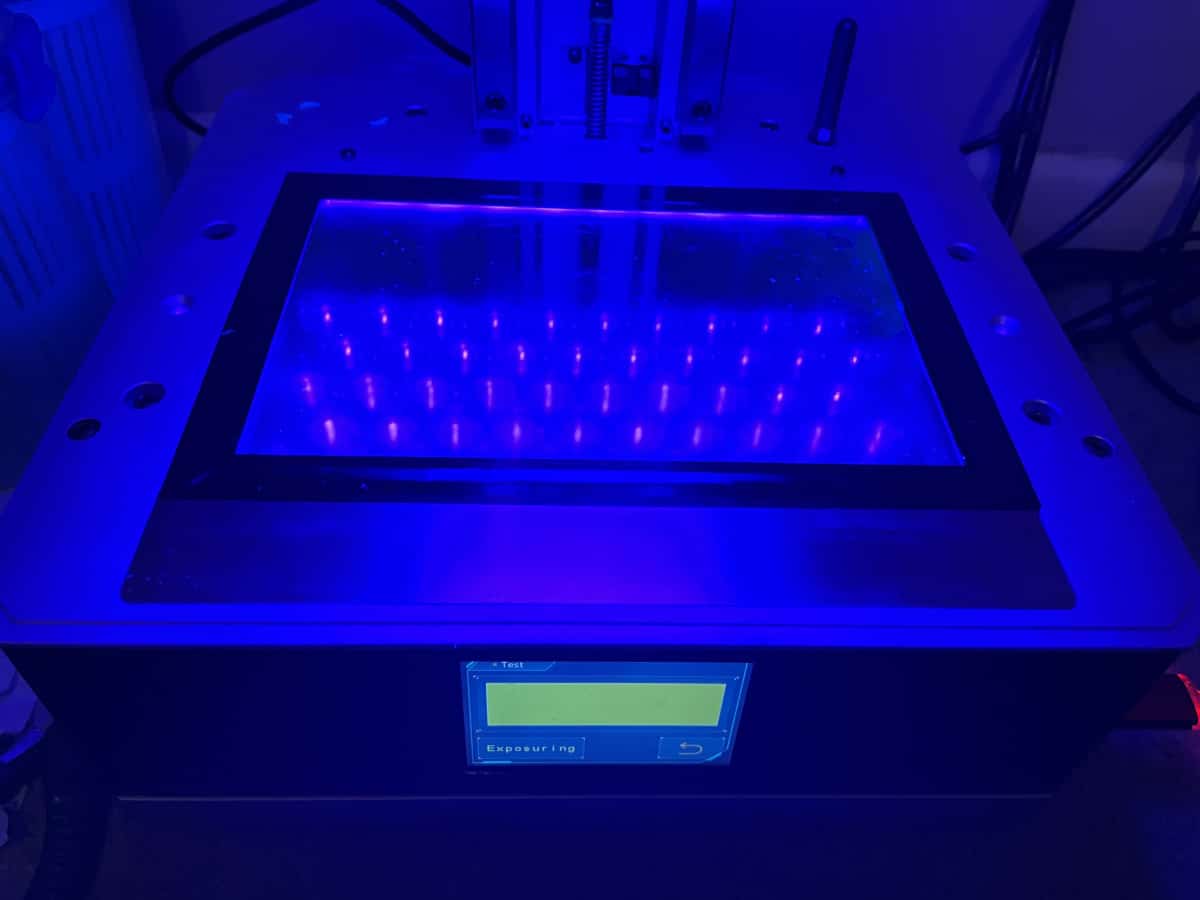 Keeping the screen clean and clear of any cure resin residues and dirt will bring you better results. A dirty or stained screen can cause print defects and this is one of the most common reasons behind print failures.

If there is dirt or resin residue on the screen, your resultant print may have some gaps. The part that has dirt on the screen may not allow the UV lights to pass through the screen and the part of print above that area will not be printed properly.

I managed to get a hole in my FEP film which meant that uncured resin leaked through to the monochrome screen. I have to remove the resin vat and carefully clean the LCD screen with a scraper to remove the hardened resin.

The LCD screen on a 3D printer is pretty strong, so the light can usually pass through some forms of residue, but it’s possible that it negatively affects your print quality.

3. Try Not to Overfill the Build Plate to Lower Suction Pressure

Reducing the number of miniatures prints on the build plate can effectively mitigate the probability of resin print failures. No doubt, printing a lot of miniatures at the same time can save you time and costs but this can result in failures as well.

If you overload the build plate with so many prints, the printer will have to work hard on each layer of all prints. This will affect the performance of the 3D Printer as it may not be able to handle all parts efficiently.

This is something you’ll want to be doing when you have a little more experience with resin printing. I’m sure you can still successfully print models with a lot on the build plate, but if you get something wrong, you may cause damage.

On top of this, having a print failure when you have so many models and resin used up isn’t ideal at all.

Some people have actually had their screen ripped off from suction pressure, so definitely look out for it. 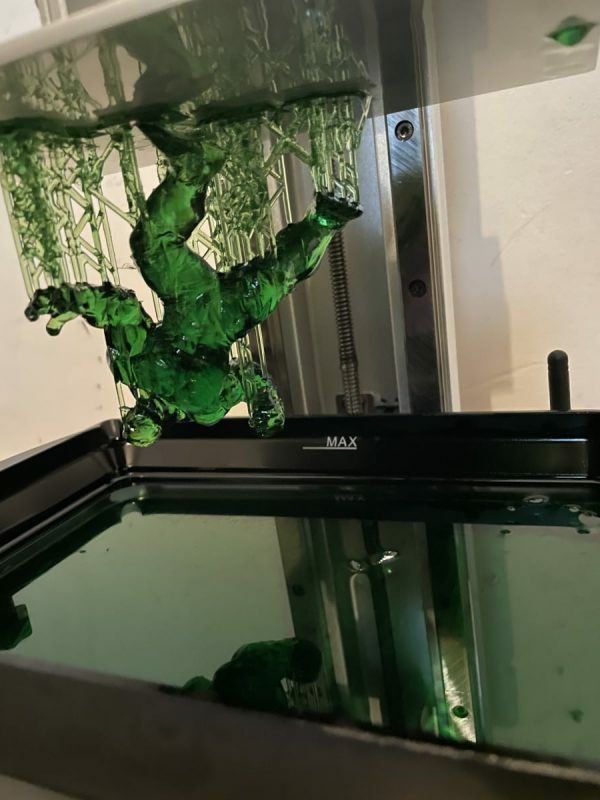 The general rule for resin 3D printing is to keep your prints rotated at 45 degrees because straight oriented prints are more prone to failure compared to prints that have a diagonal orientation.

Printing models at a rotated angle means that every layer of the print will have less surface area. It also works in your favor in other ways such as easier removal from the build plate, as well as more efficient printing quality.

When you build up the supports on your resin prints, you can decrease the strain on them by rotating your resin prints, versus having vertically straight prints. It spreads out the weight of your model, rather than have it weigh down in one direction.

Supports play a primary role in resin 3D printing and great supports is likely to bring high-quality results. As resin 3D printers print in an upside-down manner, it would be pretty difficult to 3D print without supports.

When I first got my resin 3D printer, I didn’t really understand supports, and it really showed in my models. 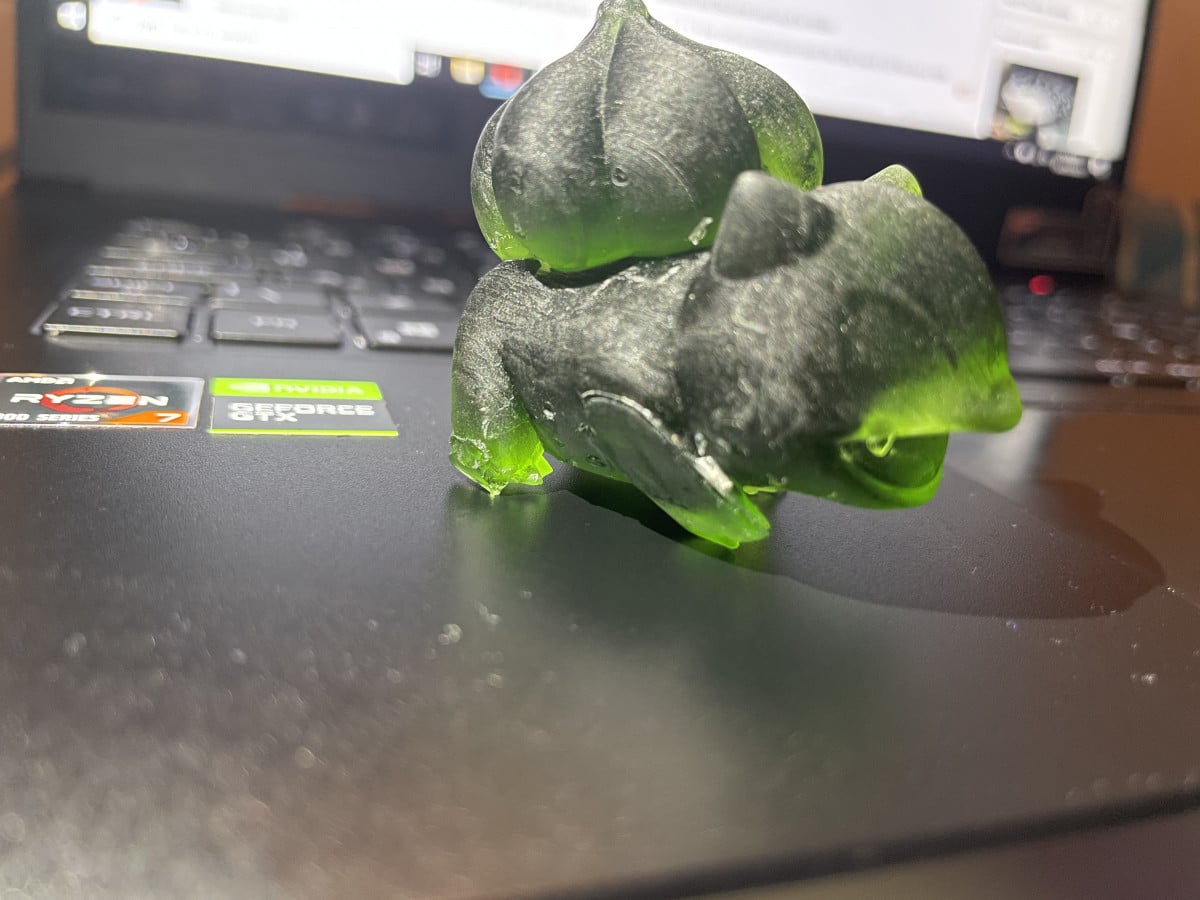 The leg on my Bulbasaur 3D print came out terribly because my supports weren’t good enough. Now that I’ve got more experience with supports, I’d know to rotate the model 45 degree, and add in plenty of supports to ensure there is a good foundation underneath.

Creating supports on resin models can definitely get tricky depending on how complex your model is, so you should definitely start off with simpler models.

The video below by Danny at 3D Printed Tabletop takes you through the proper process to add supports to your resin models.

The Lychee Slicer is excellent at identifying unsupported sections of 3D prints, as well as having NetFabb in-built to fix common model issues right in the slicer.

Check out the video below by VOG giving his honest comparison between Lychee Slicer and ChiTuBox.

If you have a grip on this factor, you can get prints of the best quality without any hassle. If the build plate is tilted to one side, there is a huge probability that the print of the lower side will not come out efficiently and may fail halfway.

The build plate on your resin 3D printer usually stays pretty level, but after some time, it can require a recalibration to get it level again. This really does depend on the quality of your machine, with higher quality ones staying level for longer.

My Anycubic Photon Mono X is extremely sturdy with its design, from the dual linear Z-axis rails and strong foundation overall.

FEP film is one of the most important components of resin 3D printers and a minor hole can ruin the print and result in failure.

If there is a hole in your FEP film, the liquid resin can get out from that hole in the vat, the UV light will cure that resin under the film, and it will harden on the LCD screen.

The part of the print above that area will not be able to get cured because of UV light blockage and will result in print failure halfway.

I’ve experienced this first-hand, with my FEP leaking out due to a small hole. I managed to cover the hole using some simple see-through sellotape and this worked well until I received my replacement FEP film.

Usually you can get FEP film pretty quickly from Amazon, but since I have a larger resin 3D printer, I had to wait about 2 weeks to get the replacement.

Many people have gone through constant failures in their resin 3D prints, then after changing their FEP film, started getting successful resin prints.

It’s a good idea to have spare FEP film sheets on hand just in case.

For the standard 140 x 200mm FEP film size, I’d recommend the ELEGOO 5Pcs FEP Release Film from Amazon, which is 0.15mm thick and is loved by many customers.

If you have a larger 3D printer, you’ll need 280 x 200mm, a great one being the 3D Club 4-Sheet HD Optical Grade FEP Film from Amazon. It has a 0.1mm thickness and comes packed in a hard envelope to prevent the sheets from bending during transit.

Printing on wrong exposure time can result in many issues and can eventually lead to a failed print. Right exposure time is necessary so that the resin can get cured properly.

Make sure that the first few layers have a bit more exposure time as compared to other layers because this will provide better adhesion of the print to the build plate.

In order to find the ideal exposure time for your chosen resin and 3D printer, it can take some testing. There is a great way to get the perfect exposure time, which involves printing out a quick series of tests at different exposure times.

Depending on how each test print comes out in terms of detail, we can figure out the range in which your exposure times need to be in.

I was sitting here with my Ender 3 wondering how people monitor their 3D printers properly. Being able to keep an eye on your 3D printer is pretty important, especially for those longer 3D prints....

Continue Reading
link to Simple Elegoo Mars 2 Pro Review - Worth Buying or Not?

Elegoo is a well-known producer of great 3D printers, namely in the SLA field. One resin 3D printer that has got them a lot of attention is the Elegoo Mars 2 Pro MSLA machine which is one of the...