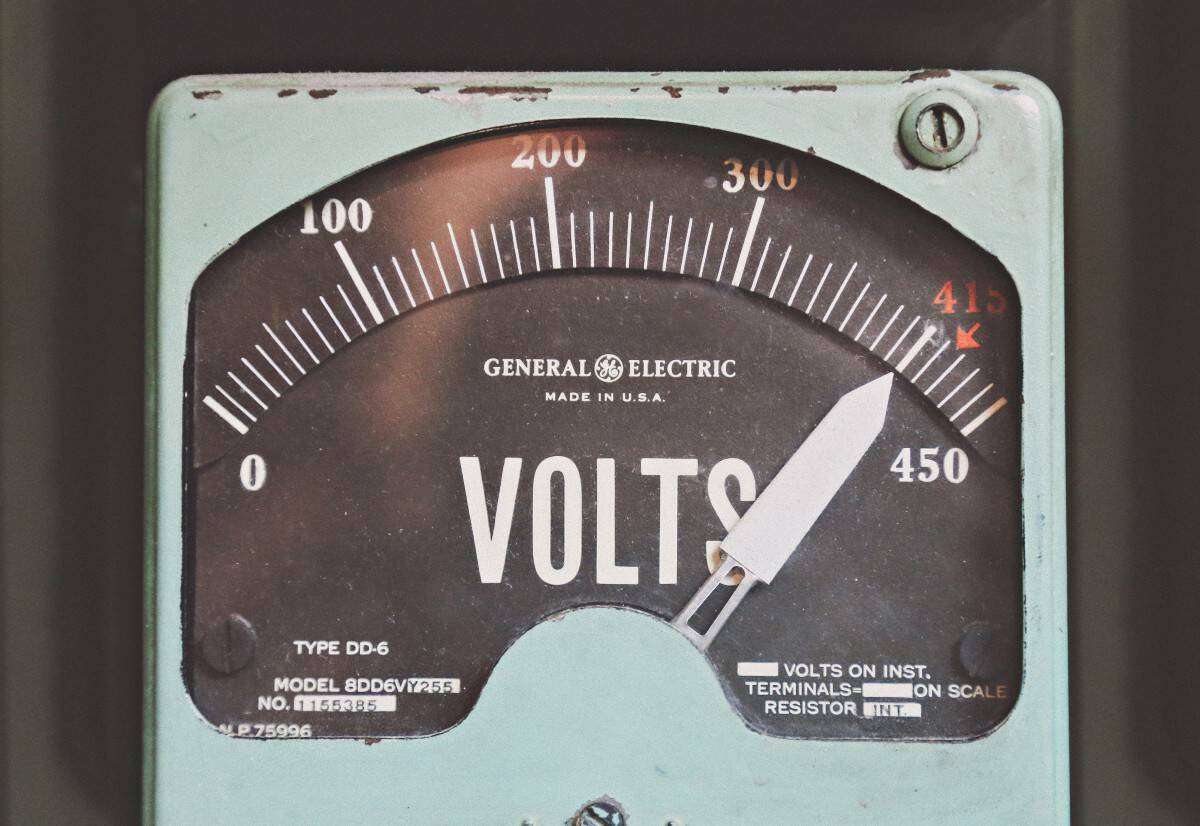 Besides the cost of the 3D printer itself and the material to actually print out objects, there’s another thing creeps into people’s minds. Just how much electric is this thing using?!

It is a fair question. As fun as it is to 3D print our own objects, we want it to be as cost effective as possible. In this post I’m going to identify just how much power these 3D printers are using up and ways to manage it.

The average 3D printer with a hotend at 205°C and heated bed at 60°C draws an average power of 70 watts. For a 10-hour print, this would use 0.7kWh which is around 9 cents. The electric power your 3D printer uses depends mainly on the size of your printer and the temperature of the heated bed and nozzle.

Your 3D printer specifications for the power source and maximum/minimum power ratings are the answers you need so you know the limits of power consumption.

As an example, if a printer has a 30A 12V power source, it will have a maximum Watt of 360 (30*12=360), but the printer won’t always run at the upper limit. These maximums will kick in when heating up the necessary parts to start the printing process but will fall much lower as the printing is happening.

A great low-power 3D printer has to be the Ender 3 (Amazon), it’s an all-round popular machine that is perfect for beginners with quality that matches the most premium printers out there. You’ll see from the glowing reviews just how good it is!

Jason King from 3DPrintHQ used the MakerBot Replicator 2 printer and found that the energy costs were only $0.05 for a 5-hour print. 3D printing only used 50 watts per hour, which is comparable to an HP Laser Jet printer on stand-by, not even while printing or 1 use of your toaster.

When looking at the overall cost of 3D printing, power costs are something that is relatively very low and not something to worry about. Some printers will of course be more efficient than others, but not at such a point that it’s a big determining factor when choosing a printer over another.

Now there are slight differences in how much power a 3D printer is using depending on what the printer is actually doing. When the printer is preheating to the set temperature, if the print bed is relatively large it will use slightly more power than when printing.

The first real use of electric power when a 3D printer is turned on is the heating of the print bed, then comes in the nozzle is heated to the temperature for the specific material. While printing, you will get spikes in the power usage depending on if the heated platform is on to maintain the ideal temperature.

From what I’ve read around, it looks like the average 3D printer consumers as much electric as your standard fridge.

What Affects How Much Power is Used?

Strathprints done a test to compare the power consumption between four different 3D printers and confirmed a few things. The lower the layer thickness of the material, the longer a print will take therefore leading to a higher power consumption overall.

If you can speed up your prints you’ll be using less power overall so check out my post 8 Ways to Speed Up Your 3D Printer Without Losing Quality.

When the heating efficiency of a print bed or hot end is good, it will result in less power being used due to not having to constantly keep the temperatures hot as much.

The video below shows the wide differences in how much electricity a 3D printer will use when incorporating the heated bed.

A good idea to lower how much heating your bed has to do is to use an Ashata Heat Insulator Mat. It has great thermal conductivity and greatly reduces heat and cooling loss of your heated bed.

The MakerBot-Replicator 2X had a baseline of between 40-75 watts to power the controller and motor, but peaked to 180 watts when heat was needed. The hotter the necessary print bed temperature, the more frequent the 3D printer drew power shown by fluctuations in the watt meter used.

The test showed that there is quite a variance between the power consumption of 3D printers. So, it can be concluded that 3D printers don’t consume a similar level of power and it really does depend on many factors.

The set-up parameters of your 3D printer will have a pronounced influence on the overall power consumption. It is important to be familiar with the process of 3D printing so you can print high quality products at lower electricity levels.

If you want to take an extra step, get yourself an enclosure. A great one is the Sovol Warm Enclosure for Ender 3D Printers. It’s pretty pricey, but it will last you years and usually results in better prints.

How Do I Lower Electricity Costs With a 3D Printer?

When it comes down to lowering power costs with your 3D printer, it boils down to finding ways that speed up your 3D prints and doesn’t require as much heating.

The simple things you can do to speed up prints is to use a bigger nozzle, use less infill, print less often, or printing more things at once rather than doing them separately.

Most of the electricity use comes from the heating elements, so focus on reducing the heat and you’ll be able to save more on power.

This isn’t usually a problem since the associated costs aren’t relatively high. You’re definitely going to be using more money on the filament itself than you ever would with the electricity.

How Much Power Does a 3D Printer Use?

How Much Electric Does an Ender 3 Use?

One Ender 3 user who had their 3D printer running for 4 hours only used around 0.5kWh (kilowatt-hour), which consisted of heating up twice (using 280 watts per). When you calculate this on a per hour basis, we can 0.12kWh per hour of using an Ender 3.

People like to know how much power would cost if their Ender 3 was running for a full day, so let’s take a 24-hour period.

The average cost of one kilowatt-hour across the US is 12 cents according to NPR, so a full 24 hours of running an Ender 3 would cost $0.35. If you ran your Ender 3 24 hours for the whole month, it would cost you around $11.

After these parts, you should have a spare 60-70 Watts in spare capacity, which allows you to add extra things.

A basic set of 5050 LED lights connected to your 3D printer can be around 20W.

Can You Get Electric Shocks From a 3D Printer?

Now that you know 3D printers don’t actually use that much electricity, you might be wondering whether they are still capable of giving you electric shock. This is a valid question and the answer is pretty simple.

A 3D printer can give you electric shock if you don’t handle it properly, but with proper use, you will be safe from getting an electric shock.

One 3D printer user actually received an electric shock from the power supply, but it was through misuse. After setting up their 3D printer, they used an EU to UK adapter and set the voltage to 230V.

It would have been a better idea to purchase or get the seller to send them a UK plug rather than use an adapter. This could have happened due to poor grounding, because a small current can flow through the connections from the live wire.

Luckily it was just a harmless tingle/shock! You shouldn’t use electronics which are not grounded when they are  supposed to be.

How Can I Measure My Actual Electricity Use?

When it comes to electricity use, there really isn’t a perfect measurement we can give you because there are many differences and variables. The best thing you can do to really know how much power you are using is to measure it yourself, rather than us guess for you.

You can purchase a power meter which has an in-built power usage monitor. High-end ones can even calculate the cost of your power usage, so it can easily answer your question.

There are plenty of electricity monitors out there, so I done some research and found one that works very well for most people.

The Poniie PN1500 Portable Electricity Monitor is going to be your best choice. Not only is it officially ‘Amazon’s Choice’ at time of writing, but it is the highest rated out of all the monitors at 4.8/5.

You can easily monitor electrical use in real time and it has multiple uses which can allow you to save on future electricity bills. Whether you test other appliances like an old refrigerator or other power-wasting appliances.

Range Of Electricity Use For A 3D Printer

An example of the minimum and maximum levels of power a 3D printer can use is the MakerBot Replicator+, which according to the specs has between 100-240 volts and 0.43-0.76 amps. To convert this, we simply need to multiply the lower ends and higher ends to get our limits.

From the watts, we convert this to kilowatts per hour (KwH) by dividing the watts by 1000 then multiplying the number of hours in use. For example, if you had a print that lasted 5 hours the calculation would be:

Just as an example, if we take the happy middle for these two power measurements, we’d have 0.56 KWh, costing you only 5-6c in electricity per hour. So now you have a bit of a gauge in just how much electric is used in 3D printing, which isn’t much at all but it can slowly build up over time.

Compared to the actual cost of the 3D printer, the filament materials and other tools and equipment the electric power required for 3D printers is something that you shouldn’t have to worry about.

When we’re talking about sizeable professional printers, then the power costs could be something to take into consideration, but for your standard domestic 3D printer it is very low cost.