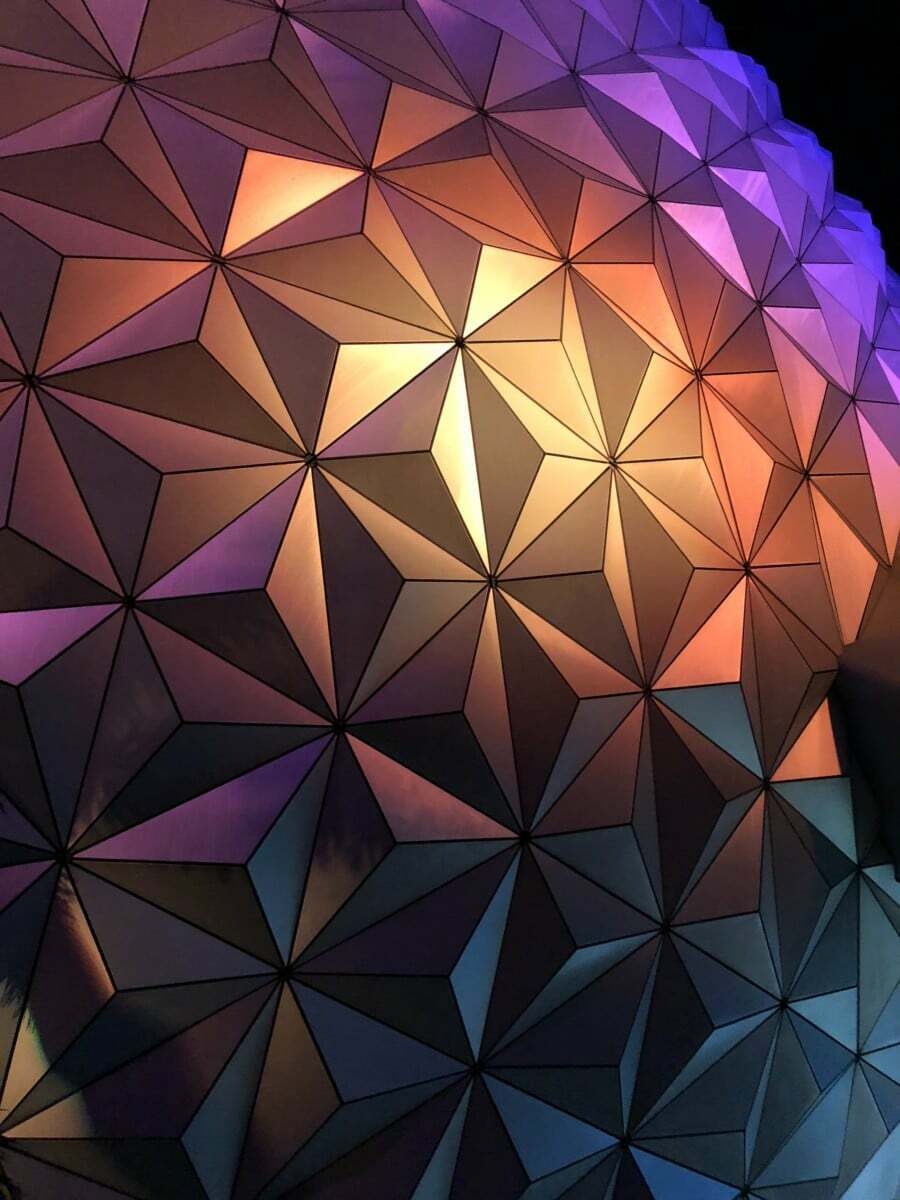 3D printing is a fairly modern technology which has had its capabilities questioned many times over the years. Many people wonder whether 3D printers can print absolutely anything so I’ve decided to make a post on it and try to answer it as good as I can.

Can a 3D printer print anything? No, 3D printers can’t print anything in terms of materials and shapes. 3D printers require specific properties in materials to 3D print such as thermoplastics like PLA that soften when heated rather than burn. They can print almost any shape, structure and object with the right orientation and help of supports.

That’s the simple answer but I will go into more important details about what a 3D printer can print and its limitations.

What Can a 3D Printer Actually Print?

So generally, a 3D printer does a wonderful job at printing most objects in terms of their shapes and structures and there are several examples of 3D printers doing almost the impossible.

A 3D printer can print almost any shapes no matter how complex and detailed because it’s done in extremely fine layers and builds up an object from the bottom, up from the printing surface.

The usual layer height that people use is 0.2mm but they can go as low as 0.05mm per layer, but this would take an extremely long time to print!

It means that even if there are curves, gaps or sharp edges, a 3D printer will print right through these obstacles.

I’ve created a nice post on 51 Functional, Useful Objects Created with 3D Printing which showcases many examples of the beneficial objects you can create.  Here’s a brief list of functional objects that 3D printers have created:

The list of items that people 3D print with are growing at insane rates each year, so we can only imagine the abilities and expansions we will see with 3D printing in the future.

It’s the perfect hobby for a hobbyist because it can really expand into any hobby with a little bit of creativity and a can-do attitude. Imagine being a decorator and you find a hole behind a particular area where it’s hard to fill.

One individual actually 3D printed a wall cavity by 3D scanning it then inserting it into place and painting over it.

You might be thinking, what about shapes that hang over too far so it has no foundation underneath? You can’t just print in midair right?

Technically, no, but the advancement in 3D printing technology has created and made use of something called ‘supports’.

These are pretty self-explanatory and what they do is build a foundation underneath such objects to essentially support the object being printed. Once the object is finished and printed, the supports are then removed so it looks like nothing was ever there.

The possibilities of 3D printing really are endless.

The limitations of 3D printers have definitely been gradually decreasing over time.

Say, 10 years ago, a 3D printer had nowhere near the capabilities that it has today, from the materials that it can process to even the advancement in types of printing such as metals.

You have multiple technologies within 3D printing that aren’t held back by the same limitations as other technologies, so if you have a specific project, you can figure out what would work best for you.

Check the video out below that goes through some of the different 3D printing technologies.

What Are the Limitations of A 3D Printer?

Although 3D printing has the ability to create objects that traditional manufacturing methods would find extremely hard to create, it’s manufacturing speed per product does hold it back.

You can create customized, unique products that give huge benefits to an individual but being able to scale such items is a limitation of 3D printing.

That’s why it’s unlikely that 3D printing will be taking over the manufacturing industry any time soon, but this is a topic that is being looked at in the 3D printing industry. It did, however, take over the hearing aid industry in a very short space of time.

There are 3D printers out there that are extremely fast compared to how they used to be.

Below is a video that shows exactly that. They showcase a 3D printer which prints at 500mm per second which is exceptionally fast compared to your normal speeds of around 50mm per second.

There are types of printing which print in layers at a time rather than extruding every part of an object so speed can definitely be upgraded.

Can be Overwhelming for Beginners

It’s easy for individuals to get involved in 3D printing but there are many aspects that make it quite difficult. For 3D printing to really progress and develop into a common household product, it needs fewer steps and a simpler process for people to get started.

Many 3D printers are being made in a plug-and-play type of deal so this is certainly a problem being solved.

Other aspects such as designing your own prints can have quite the learning curve so when a complete beginner thinks about getting involved with 3D printing, they can get quite overwhelmed.

Rather than having to design, you have the choice to use a 3D scanner, with even smartphones giving 3D scanner options that you can make use of. The very accurate 3D scanners that are out there are pretty expensive so it’s definitely a deterrent for most people to try out.

I think in due time, as things progress, we will start to get cheap 3D scanners that work very well.

The great thing is that many people design things that are free for people to download and print directly. It saves you having to go through the creative process to make use of 3D printing.

Wrong Ideas of What 3D Printing Can Do

Sure, 3D printing can do tons of things that wouldn’t have been possible for the majority of people to begin to attempt, but people don’t know the real limitations.

As previously mentioned, the remarkable progress that manufacturers have made in the 3D printing space can only be applauded and I think they will continue to push through.

We cannot print objects outside the scope of what the actual material is extruded, so we can’t print electronic parts, wiring, motors, drivers etc. We can, however, print many of the parts which attach to these mechanical and electronic parts as a mount, holder or connector for these objects.

For example, many people out there have 3D printed prosthetic limbs, hearing aids, cosplay suits and accessories, DIY home modifications and much more.

The age-old question, if 3D printers are so remarkable, why don’t you just 3D printer another 3D printer right? Well, you might be pleasantly surprised at just how much a good quality 3D printer can do for you.

A well-known 3D printer company called RepRap set out to do exactly what you’re asking and they got pretty good at it.

Now because there are motors, drivers, power supply units and other objects that cannot be 3D printed, we won’t be able to completely 3D print a 3D printer, but we can basically do everything else.

RepRap started the first step towards 3D printing a 3D printer and many other creators have taken part and added to the wealth of knowledge to develop more efficient and easily replicated products that do the same thing.

Check out the video below for a great visual on exactly what I’m talking about.

There’s another popular 3D printed 3D printer called ‘Snappy’ which actually snaps together each part so you don’t need many external products to get it combined. We’ve come very far in the 3D printing journey and it’s still a relatively new technology.

Can You Print Paper Money with a 3D Printer?

You’re probably not the first person with this idea unfortunately! But no, a 3D printer cannot print paper money. What it can print similarly is something called a lithophane.

These are pretty cool objects that create 3D objects out of 2D ones. Many people use it to emboss photos and other cool designs onto a surface.

It works by printing the design and ‘thickness’ of a print to show different levels of shading which when light shines through, produces a nice clear image.

How Small of an Object Can a 3D Printer Print?

You might be quite surprised at just how small an object can be printed from a 3D printer. How about smaller than an ant’s forehead? That’s exactly what artist Jonty Hurwitz specializes in and does extremely effectively.

He created the world’s smallest sculpture called nano sculptures, made using 3D printed photosensitive material. When putting an object in comparison to it’s size, you’d find that it’s no wider than the width of a human hair and would resemble a spec of dust in the sunlight.

The creation was made using a specialized version of 3D printing called Multiphoton Lithography, which was designed using Quantum Physics by using two photon absorption, really high-level stuff here. It just shows the strides that 3D printing can really go to when research and development is put into it. 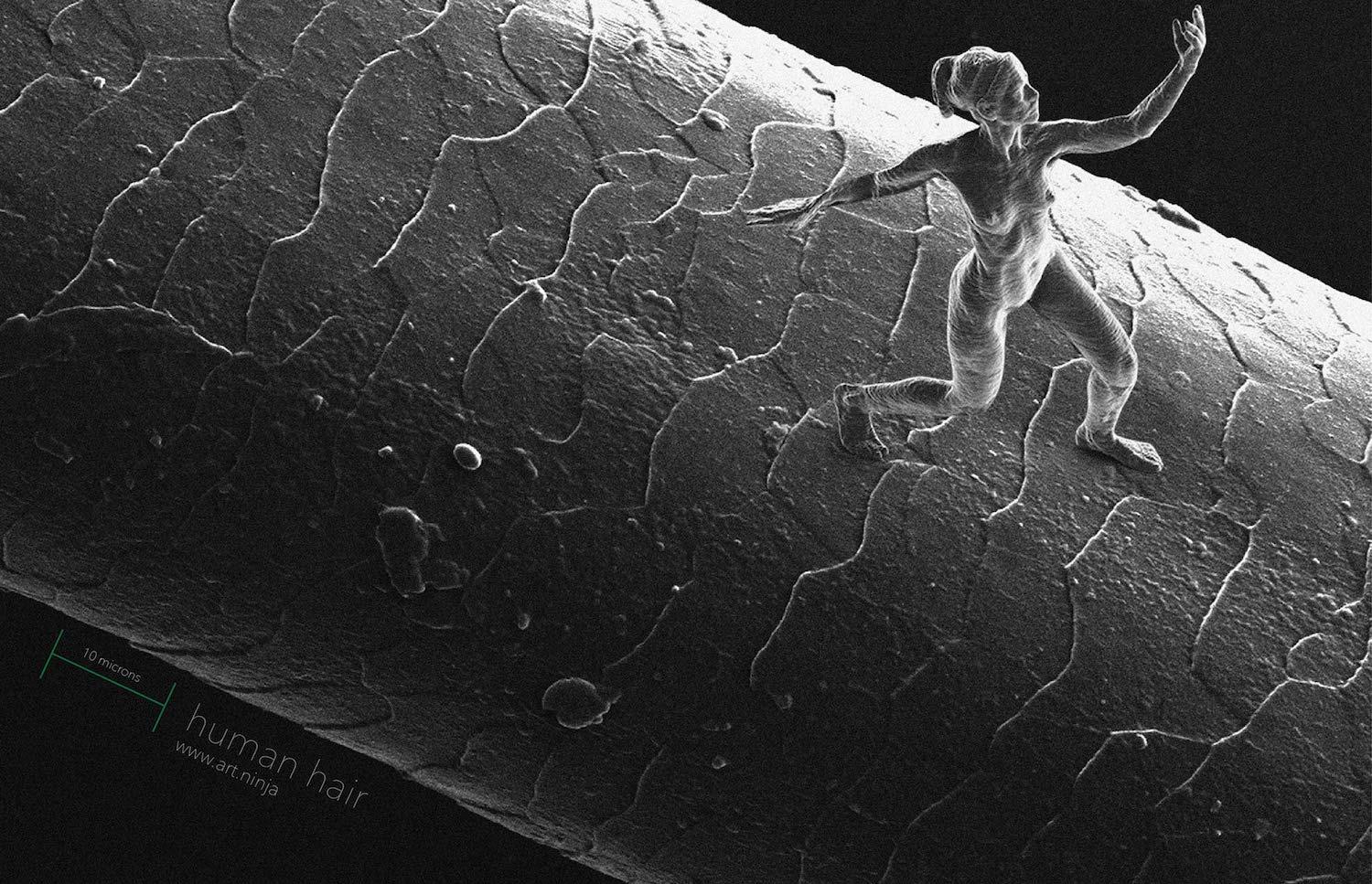 You definitely wouldn’t be able to see these amazingly small prints with the naked eye, it would take a very strong microscope to make out the details as you can make out in the picture above.

Even a jewellers 400x magnification-powered microscope doesn’t have the facilities to do this. It took a 30-year specialist in human-cell studies to acquire a machine powerful enough to produce a detailed image.

Can A 3D Printer Print Something Bigger Than Itself?

A 3D printer can only print something within its build volume, but what you can do is print off parts which can be assembled to create one larger object. The same way a 3D printer can create another 3D printer.

A printer that can produce many of its own parts is the RepRap snappy, which (as the name suggests) consists of plastic parts that – while they each fit within the build volume – snap together to make up the larger parts for the printer.

So, replicating printers mean they print components of a 3D printer but assembly of these components is still a separate process?

What many people do when printing whole costumes such as a full Iron Man suit or storm-trooper outfit, they will design the whole model then split the model within a slicer application which is where you

Any specific 3D printer will have a limited build volume so techniques have been devised to get around this limitation. You can 3D print objects that snap together, like the snappy 3D printer that is a whole 3D printer frame that snaps into place.

You can also create a print that requires screws to put together or actually 3D print the screws and threads yourself.