The extruder motors on a 3D printer like the Ender 3 can get hot, to the point where it hurts to touch. There are ways to fix your extruder motor and other stepper motors getting hot, which I’ll detail in this article.

There’s a lot of useful information about fixing your extruder motor and stepper motors getting hot, so keep reading for more.

How Hot Can Stepper Motors Get on a 3D Printer?

Stepper motors can get hot by reaching temperatures as much as 100°C to 110°C. They are designed to be able to withstand these high temperatures and still operate, though you can run into issues if they constantly operate at these temperatures like skipping steps.

If you constantly have a current being supplied to the extruder motor from the power supply, you can experience this level of heat. It’s what allows the extruder to stop and start so accurately in the first place.

How Hot Should the Extruder Motor Be on a 3D Printer?

The standard temperature for an extruder motor is around 45-70°C without an enclosure. The extruder motor will heat up more when it is constantly working to push filament out without breaks from travel movements and other things. If your extruder motor goes above 70°C+, then you may want to apply some fixes.

The heat from the extruder motor can transfer to other attached parts of the 3D printer which can then results in softening filament where it shouldn’t be soft. Materials like PLA which have a low heat resistance can become soft and easily cause clogs and ruin your 3D prints.

A lot of the time, you can get jamming and clogs around the extruder gear as well since it is constantly pushing the plastic filament through the metal gears.

Let’s take a look at how we can fix an extruder motor getting too hot or overheating.

How to Fix an Extruder Motor Getting Hot or Overheating – Cooling

To fix an extruder motor getting too hot, you can apply a heatsink to the motor to reduce the heat. These work really well to dissipate the heat coming from the motor. You can also check that your extruder isn’t working too hard by ensuring filament has a smooth, pathway. Adjusting the motor current also works well.

You might get great results just applying one of these methods, while others might have to apply a few of them to get the ideal results. Find the ones that suit you best and go from there.

Here are the methods on how to fix an extruder motor getting too hot:

1. Stick a Heatsink to the Motor

A heatsink is an external hardware component that has the sole purpose of fetching the heat from the extruder motor and pushing it away from the machine.

A great heatsink that has worked for many users is the EasyCargo 40mm Heatsink Kit from Amazon. It measures at 40 x 40 x 20mm and has thermal conductive adhesive tape to stick on your stepper motors with ease.

Many of the reviews mention how it keeps their stepper motors cooler than before, and keeps working in the long-run. You can simply order it, remove the adhesive backing and stick it to your stepper motors. I’d definitely recommend this as a solution since it’s a simple fix.

One user who used their 3D printer after applying a heatsink to the motor found that his stepper motors were a lot cooler than they used to be. He does recommend not to mount too many heatsinks (as some people attach multiple heatsinks, each at the top, left, and right sides) on the extruder motor.

Doing so will add mass to the motor, affecting the quality of the prints. You shouldn’t have to do this, but if you choose to, you should go for a passive aluminum heatsink as they have less mass.

Another user who has been printing different materials on many 3D printers said that the difference between printing with and without a heatsink was significant, giving a temperature difference of 30-40°C depending on conditions.

This practice can put an extra load on the extruder which can directly cause the motor to heat up.

Simply ensuring a smooth path for the filament can reduce the extruder motor heat to a great extent. Some users have also suggested printing and using a Filament Guides by Filboyt for this purpose. 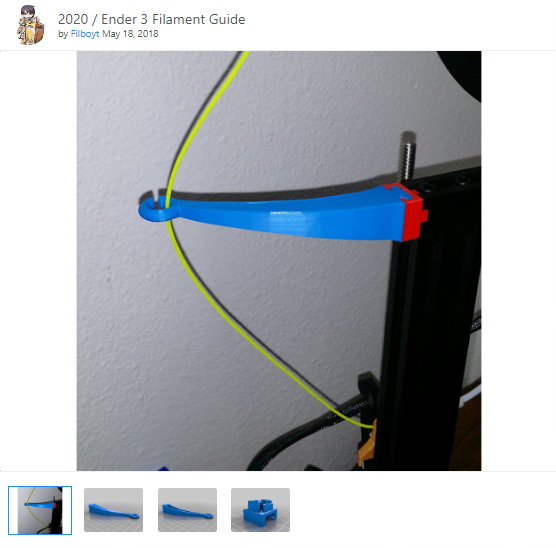 Here is a video by Roaming Interests that will go through some basics about filament path.

Another interesting method that works to reduce your stepper motor overheating is to not use rafts that are too large. I personally ran into issues with my extruder motor on a direct drive setup overheating on the same model. This happened constantly while trying to print a raft on a large print.

What happened is the raft put a constant current on the extruder which caused it to heat up really high and even caused clogging issues due to filament softening near the heat.

4. Add a Cooling Fan for the Motor

A user said that he prints on a 3D printer with an enclosure. Whenever the extruder motor began to heat, he simply attached an UMLIFE 40mm 3D Printer Cooling Fan with straps and a few zip ties right above the extruder motor.

According to him, the temperature of the extruder motor falls about 25 to 30% down in almost no time.

Another user said that he is upgrading his 3D printers to work 24/7 but they tend to fail after working fine for a few days or sometimes weeks as well. He considers clogging as the only issue which is mainly caused when the heat goes up to or even through the heat breaks.

In response to this, another user suggested printing a new cooler for the extruder motor. He suggested the eB Fan Shroud designed by Gibbed because it works pretty good.

This fan is designed in such a way that it runs the fan air in reverse, focusing the air directly where it should be.

One user printed and used this fan for 7 months straight and didn’t face any printing problems even for a single time. 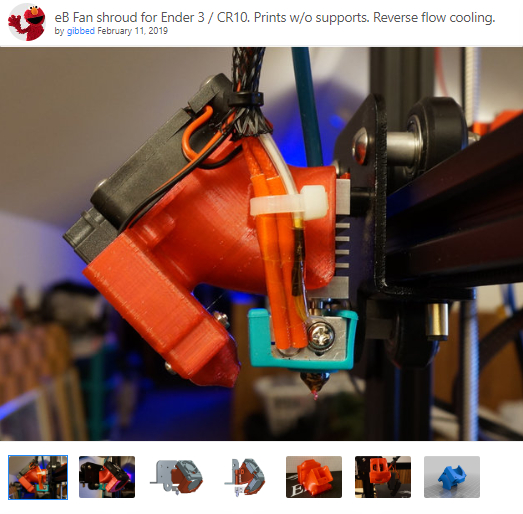 Some people recommend a way to fix your extruder motor getting too hot is to ensure a proper airflow. There should be enough space for the extruder motor and 3D printer so that the air can circulate freely and act as a fan itself.

This small effort can reduce the probability of the extruder motor overheating to a great extent.

Placing your 3D printer in an open area such as an open garage or using a fan would be the best option for this purpose. One user who implemented this method found that his stepper motors were a lot cooler than they used to be for 3D prints.

Do keep in mind that too much direct airflow can result in warping, which is when the outside areas of your model cool down too quickly, causing it to shrink and lift slightly off the build plate.

Users also suggested some other things that can help in this regard such as:

6. Decrease the Current of the Stepper Motor

Decreasing the current of your extruders stepper motors is a great method to fixing them overheating or getting too hot. The reason this works is that constantly supplying high voltage through the extruder motor increases the temperature which directly leads to more heat build-up.

By decreasing the current, the motor will produce less heat that can easily be handled by the cooling fans.

A user said that he was having an issue with the extruder motor getting too hot. It was causing jams and filament to melt down at the extruder gear. After adjusting the voltages (VREF) and then printing for 1 hour or so, the temperature came back from 60°C to 37°C.

Check out the video below by 3DPrintSOS to see how you can measure temperature and voltages, adjust voltages, and check voltages and extruder behavior after any adjustments.

E400 means 400mA (0.4amps) and changing the value of E will change the milliamps coming into the extruder motor. I don’t personally have experience doing this but some users have mentioned doing this has worked for them.

As current is the major reason behind the motor getting too hot, users can adjust the current flow to the extruder motor.

Do keep this fact in mind that decreasing the E value will make the stepper motor cooler but a bit weaker as well.

The decrease in current even if it is for a little time, contributes a lot to reducing the heat in the extruder motor in the long run. One user who implemented this method found that his stepper motors were a lot cooler than they used to be for 3D prints.

Users claim that in most cases, simply decreasing the current for the motor to 50% or if applicable, even below the 50%, resolves the issue of the extruder motor getting hot.

If you find that these methods aren’t working very well, you might just have a stepper motor that shorting, so you’ll want to replace the stepper motor. Stepper motors aren’t always perfect and they experience manufacturing problems.

This can cause too much power being put into them from shorting, which can actually wear out your power supply if you keep on using them. It’s not a common occurrence but more likely to happen if you have cheap motors.

One user who had their Ender 3 working fine for some time said they turned their 3D printer off for a few weeks then turned it on as usual. For some reason, the extruder motor was so hot that is caused a blister when he touched it. Replacing the stepper motor was the fix in that situation.

You can get yourself an official Creality 42-40 Stepper Motor from Amazon. It’s compatible with many Creality 3D printers and is a high quality motor with low power, smooth speed, stable performance, low noise, and effective heat dissipation.

link to How to Fix Ender 3 X-Axis Problems

The Ender 3 is a great 3D printer but sometimes gives problems such as X-axis problems. Many users have been looking for fixes for certain X-axis problems, so I decided to write this article to help...

There’s a phenomenon in 3D printing called spaghetti on 3D prints, otherwise known as when your 3D prints fail halfway and keep on extruding. This results in a spaghetti-looking 3D print, which...