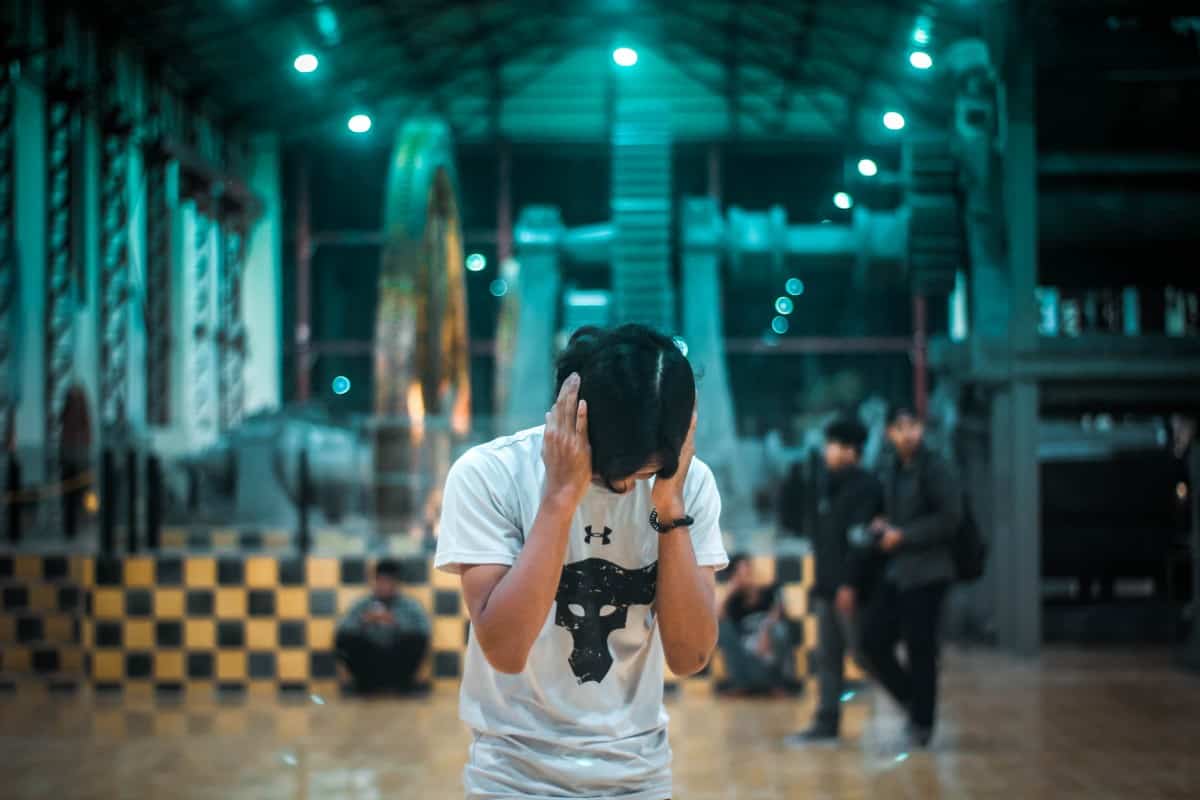 3D printers are very useful machines, but they can be a bit of a noise disturbance depending on what 3D printer you have. You’ve probably been thinking about getting a 3D printer and wonder, just how loud are 3D printers?

The average 3D printer is around 50 decibels, which is as loud as a normal conversation. Cheaper 3D printers tend to be the loudest, as well as FDM printers because of all the moving parts. Thankfully, there are many ways to reduce how loud your 3D printer is.

Considering 3D printers usually run for hours on end and maybe even days, it’s important for it to not be too loud. I’ve looked into how loud 3D printers can be, and also found some cool tips to reduce noise so keep reading to found out.

How Loud is the Average 3D Printer?

So as previously mentioned, the average 3D printer is roughly 50db but this is without using techniques and tips to reduce noise. Some 3D printers are actually known to be relatively quiet.

One of these printers is the Monoprice Maker Select v2. It’s something that will be very hard to hear in the next room over. They can be too loud to have in quiet rooms such as an office or library, but if had this 3D printer in your dining room while you watch TV, it won’t be too noticeable.

It’s important to note that noise sensitivity affects people in different ways, so you should try to be as accommodating as possible.

Creality Ender 3’s are pretty loud on the surface, at roughly 58db (conversation at a restaurant), but when you convert the right parts such as stepper motor dampers and premium fans, it can be a lot quieter.

The Prusa MK3 actually has a silent mode which makes a big difference on how loud it is. On it’s normal mode, the loudest parts seem to be the fans, which is as loud as a laptop fan at maximum capacity.

The Ultimaker 2 works pretty quitely, with just minimal noise coming from the stepper drivers and fans.
The Flashforge Creator Pro, is the opposite, where it can be heard from the next room, even with the door closed.

The Anycubic i3 Mega has an average of 55db being roughly 3 feet away.

What Makes A 3D Printer Loud?

How loud your 3D printer is will depend on a few different things, but it’s mainly based on vibrations.

The main things that make a 3D printer loud are: Motors, fans, bearings and stepper drivers. Cheaper printers do tend to be a lot noisier due to the cheaper mechanical parts and result in more vibrations. A lot of the time, this can be alleviated by changing to better parts.

Most 3D printers are relatively quiet, but are still too noisy to be in the same room with for many hours. The average decibel range of 3D printers is around 40db-55db, but it can get a lot quieter with some basic techniques.

Fans also make a portion of the noise of 3D printers, similar to a laptop fan on high blast. Radial fans seems to be the loudest of fans out there.

FDM printers which are the most popular have several stepper motors in them, as well as many moving parts. On the other hand, SLA resin printers only have a moving build plate and maybe a few smaller bits, but these a lot more expensive.

How Can I Reduce How Noisy My 3D Printer Is?

If your 3D printer is loud, your best bet is first identifying what is making the most noise. If it is a vibrating noise, find out where it’s coming from then you can narrow down solutions to your issue.

Reducing Noise From A Stepper Motor

A lot of the time, simply replacing a few parts on your 3D printer will quieten it down to acceptable levels. Replacing the stepper driver is one of the main culprits of noisy printers.

The 3D printing community is very helpful, and have even solved this problem for other 3D print artists out there. Here is a link for a vibration dampener for the Prusa i3 Mk2, which attaches to your printer. The comments from people who have used this design give it very positive reviews so I’d give it a go!

Dampers for stepper motors have seen huge improvements in sound reduction for many people, especially with any high-pitched harmonic sounds. A customised design for the Creality Ender 3 has great reviews and looks like it does the job, so you may not have to buy one just yet.

Is Your Cooling Fan Too Loud?

While your 3D printer is working, you can bet your fan will be working too. With cheaper 3D printers, you can expect manufacturers to use cheap parts. A cheaper cooling fan is likely to lead to problems of being loud.

Quieter fans can be purchased and installed to reduce how loud your 3D printer is and they aren’t too expensive either. If you identified your fan as being loud, this is definitely a great solution to this problem.

I’ve seen someone recommend using thin machine lubricant on your X and Y axis linear bearings. It has to be a thinner grease because a heavier grease will cause your internal bearings to slide instead of roll which can cause unnecessary wear and dirt build-up.

Decoupling Your 3D Printer From The Floor

With the vibrations from your 3D printer, it definitely contributes to how noisy it gets. This isn’t an ideal situation if you have neighbours below you because it can really disturb them. This is where decoupling comes in, which simply means to separate it from direct contact.

A quick DIY fix for this is to put a thick yoga mat under your printers to dampen the sound, or even carpet. This does the trick because it absorbs the vibrations below the printer. Some people have put sponges and even foam underneath to get the same result.

You want to make sure whatever you put underneath your 3D printer to dampen vibrations is straight and level. You don’t want your prints being negatively affected by having a slanted print bed.

Using a Sturdy Enclosure For Your 3D Printer

This is hands down, the easiest method to get the best results. Simply having a good quality enclosure for your 3D printer can make it so it is relatively quiet and won’t disturb yourself or people around you. If you have a printer that’s enclosed, it will absorb some of that noise compared to an open style printer. Some printers come already enclosed, which is great but if not, you’ll benefit from getting yourself one.

If you have an open style printer, the sound can be reduced by getting foam core boards and making a box around the printer.

You can get sorbothane feet, which are small anti-vibration rubber stands to absorb vibrations from your 3D printer. People have reported this working very well to substantially reduce sound.

Another solution is changing your board to a Duet3D board or SoundBoard Heatbox. These do a fantastic job with dampening loud sounds from your 3D printer.

Regular maintenance of your printer will do wonders to reduce noise, as get the most life out of it. Making sure loose screws are tightened and screws that are too tight, loosened will have a beneficial impact.

Reading around on this issue, there are a few basic examples of people using tips to make their 3D printer quieter. One example is from someone reporting a 50% decrease in decibels after using a good quality enclosure.

Enclosures don’t only block out sounds, but they have multiple benefits such as helping with temperature stability, reducing the risk of physical injury and reducing the spread of air pollutants.

If you have the DIY skills, you can essentially make your 3D printer almost noise-free.

One individual went through many steps with their Ender 3 3D Printer:

With this information, hopefully you’ve learned that you shouldn’t worry too much about your 3D printer being loud. The advised method to reduce noise from your 3D printer is to use a combination of these methods to get the best results. Get yourself a 3D printer enclosure, get a good quality stepper motor, cooling fan, with a thick yoga mat and make sure your printer maintenance is top notch!

link to What Materials & Shapes Cannot Be 3D Printed?

3D printing is an amazing technology that has massive significance in many industries, mainly due to its ability to print strong materials, in unorthodox shapes. Some technologies still can't even...

3D printing uses a variety of materials out of which liquid-based resins and thermoplastic filaments are two of the most common you'll find. Filaments are used with the Fused Deposition Modelling...